This article was written and published by Pacific Business News, please click her to see the live article:

Condominium sales jumped on Kauai last month, along with prices, while single-family homes posted a more modest price gain on flat sales, according to data from Hawaii Information Service on behalf of the Kauai Board of Realtors.

The median price of single-family homes in the Hanalei district on Kauai’s North Shore, where flooding damaged dozens of homes and cut off access to others in Haena, was $1.01 million in June, a 16.12 percent decline from $1.2 million in June 2017. Sales in the area dropped to eight single-family homes sold in June, a 57.89 percent decline from 19 sales in June 2017.

Condominium prices on the Big Island rose by double digits during the first half of this year, while Kauai saw double-digit gains in sales for both single-family homes and condominiums, according to statistics from Hawaii Information Service on behalf of Hawaii Island Realtors and the Kauai Board of Realtors.

Click here to Check out this amazing article by Conde Nast on the best islands in the U.S. 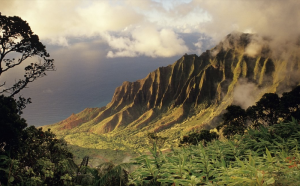